Thunderbird Volleyball is a Hit 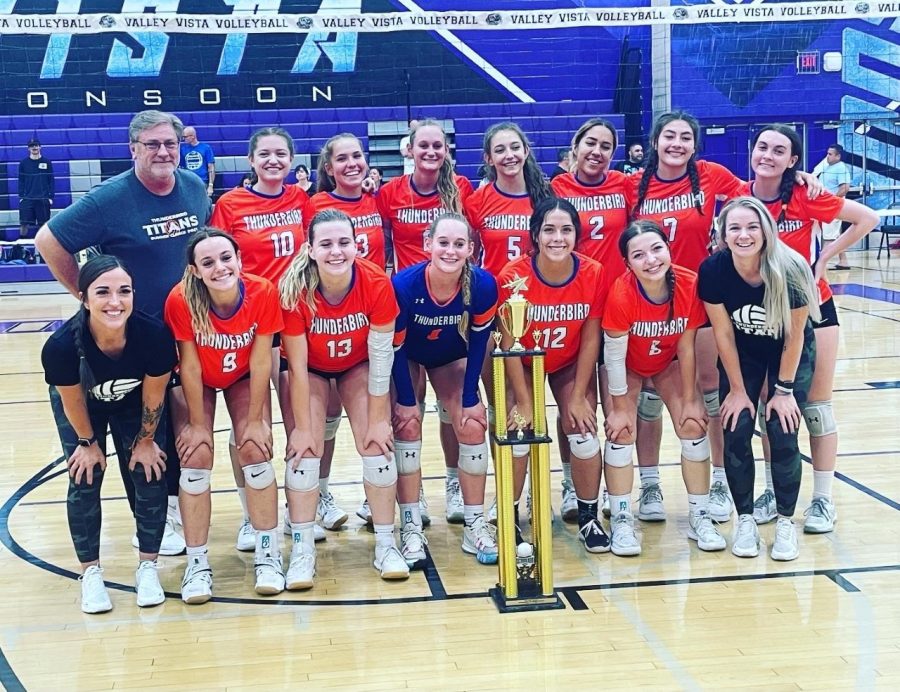 The Thunderbird girls varsity volleyball team has stunned spectators in the past few weeks, not dropping a set in regular games. “The girls have really proved what they can do on the court to their peers and parents, but mostly to themselves,” says Head Coach Price.

In worse news, due to water damage in the gym floors, home volleyball matches will be hosted at Moon Valley High School in their main gym. Everything will still be the same price as if the games were being hosted at Thunderbird, in terms of the admissions, snack bar, and more. The program had its first home match hosted at Moon Valley, against Combs, on September 14th. Varsity beat the Coyotes 3-0, even winning 25-3 in the first set! The girls played as if they were on their own home court. “The girls absolutely love having a T-Squad there to support them. It would mean so much to them if their peers could come support them during this change of events,” expresses Coach Price on home matches being hosted at Moon Valley.

On the brighter side, the girls competed in a tournament at Valley Vista High School, winning the gold division and placing fifth overall. They represented Thunderbird well and brought home the hardware! On the weekend they were 6-2, losing to two very talented teams,  Shadow Ridge and Centennial, in 3 sets. “We are so proud of what the girls accomplished last weekend. We knew they had it in them!” Coach Price states on the Valley Vista tournament.